Rebecca Smith, one of Badley Ashton's Clastic Reservoir Geologists will be presenting at the 2016 William Smith Meeting - Glaciated Margins: The Sedimentary and Geophysical Archive. Her presentation - "New insights into the Al Khlata to Lower Gharif succession of North Oman" is based on ongoing work performed in conjunction with our clients at Oman Oil Company and Colleges at Weatherford. The event will be held on the 2nd and 3rd of June at Burlington House in London. The presentation is scheduled for 15:15 on Friday the 3rd of June, but Rebecca will be in attendance for both days. She will be very happy to discuss how Badley Ashton can help you in all aspects of reservoir geology, so please come and say hello. We look forward to seeing you there. To find out more about the conference, including the abstract volume and programme, please click on this link. 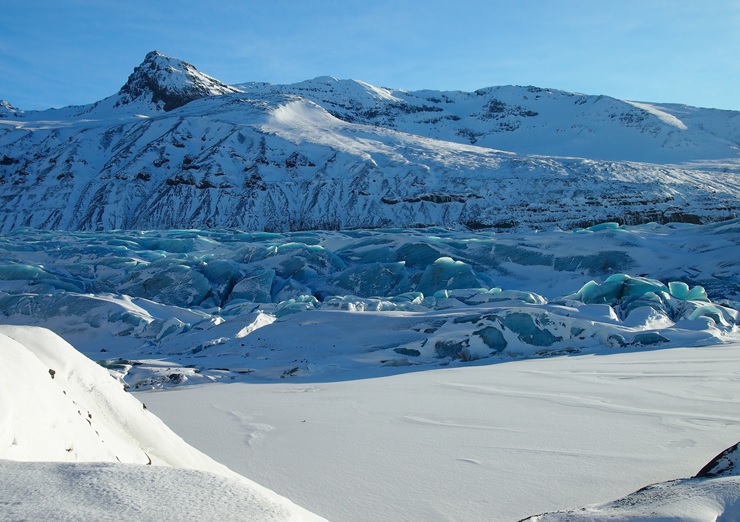 The Al Khlata to Lower Gharif succession of Oman records a transition from deposition in a glacially-influenced setting through to deglaciation at the end of the Permo-Carboniferous ice age and the development of fully marine conditions in the Lower Gharif.

Although extensively studied in South Oman and in the outcrops of the Huqf and Oman Mountains, information on the character of the Al Khlata deposits and the nature of the transition to the Lower Gharif across North Oman is sparse. Excellent quality core and borehole image data acquired by OOCEP in two wells from the Abu Butabul Field have been interpreted, age constrained and correlated with wireline log data from an additional three wells, providing an enhanced understanding of the nature of the succession in this area.

This succession consists initially of glacial outwash plain deposits confined into two separate palaeovalleys, separated by a potential palaeohigh, based on varied palaeoflow data. Once the valleys were infilled, E to NE-directed deposition on an outwash plain is inferred across the area, the upper part of which has been dated as HSAK-P1 in age. A fall in base level/increase in glacial melting resulted in a gradual change to lacustrine conditions, firstly in the form of potential fan deltas at the lake margins, followed by increasingly glacially-influenced conditions with the deposition of debrites and rare, varved mudrocks punctuated by dropstones.

A sudden draining of this lake resulted in a change to E-directed channelised deposits feeding into a delta/lake margin setting in the E/SE of the field; the presence of rare dropstones within these lacustrine deposits attesting to the ongoing influence of icebergs at this time. These deposits are dated as HSAK-P1 to HSAKR-equivalent in age.

Progradation of channelised deposits resulted in the eventual infilling of this lake and deposition of a southerly migrating channel-belt, crossing the Al Khlata-Gharif boundary and encompassing a shift to a NE-directed system. Whilst a laterally amalgamated channel system is envisaged, attributed to limited accommodation space, a discrete mudrock interval within these channels, bound by erosive surfaces, supports a marine-influenced incursion, potentially providing evidence of isostatic variations in base level.

The channels are overlain by a widespread change to marine-influenced deltaics of Lower Gharif age, followed by the regionally recognised onset of fully marine conditions.

This complex evolution has resulted in a complex depositional architecture which has implications for hydrocarbon prospectivity.