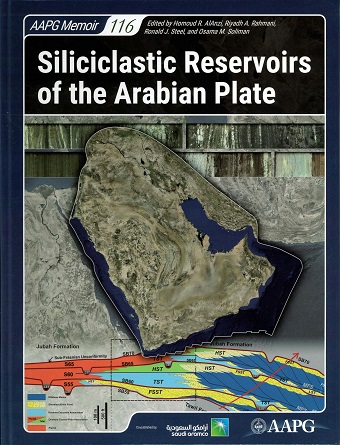 Working alongside colleagues from BP and Kuwait Oil Company, Badley Ashton's Dr. Boris Kostic has had two papers accepted for publication in the forthcoming AAPG Memoir 116: Siliciclastic reservoirs of the Arabian plate. The book is still in the early stages of publication, however, you can read the abstracts from the two papers below. If you are interested in seeing some of the other papers and presentations that Badley Ashton staff have produced, please take a look at the 'Experience' page of the website.

The Lower Cretaceous (Barremian) Zubair Formation in North Kuwait represents a major clastic pulse above the Ratawi Formation. Depositional environments and the sequence stratigraphic framework play a key part in the reservoir development and production strategy with distinct depositional barriers giving rise to multiple fluid contacts. Reservoir structure and fault pattern control fluid redistribution.
The Zubair Formation was deposited within a (weakly) tidally influenced deltaic system with episodes of marine influence. The sedimentary sequence consists of highly mature clastic deposits with variable and heterogeneously distributed argillaceous matter, containing negligible amounts of expandable clay minerals. The dominant sandstones range from very fine to medium-grained and are weakly to moderately overprinted by authigenic mineral precipitates. Reservoir quality is mainly controlled by the primary depositional detrital clay content, with additional control by grain size and minor quartz cementation within the cleanest deposits.
A sequence stratigraphic framework adopting field-wide correlatable surfaces forms the basis for the division of the Zubair layers. Lower Zubair deposition (Z10 gross reservoir unit) occurred within a tidally influenced deltaic system locally with a stronger marine influence and diminished clastic influx at the very base. Above a widespread mud-prone marine barrier, the heterogeneous middle Zubair interval (Z20–30) comprises a mixture of sand and mud-prone delta-top-or-front deposits and tidally influenced channel-fills.
The main reservoir unit of the upper Zubair (Z40) comprises at least four episodes of incision and fills by sand-prone, tidally influenced channel deposits. The overlying upper Zubair (Z50–60) is largely mud-prone with only minor channel development, including channel-fill sandbodies incised into more marine-influenced deposits in the uppermost part of the Zubair.
Reservoir development to a large extent depends on genetic aspects of the Zubair reservoirs. The tidally influenced upper Zubair channel-fills represent the best reservoir facies in the Raudhatain field and have been the main targets of initial development. The amalgamation of individual channels forms a number of complex, heterogeneous, and variably interconnected reservoirs. There is good aquifer support for the upper Zubair sand in such a depositional setting. The middle Zubair channel sandbodies show lesser support from the aquifer and represent a second priority for development. Shoreface and mouthbar sandstones potentially form more aerially extensive intervals of poorer quality reservoir that are locally interconnected with the channels. Such thin but laterally extensive sands are the target of current and future development of the reservoir with maximum reservoir contact wells.
Complex structural aspects, filling, and up-structure oil migration have resulted in a leaking trap in the Zubair reservoir in the Sabiriyah field. Only stratigraphic traps and extensive sealing by deltaic and marine mudrocks have trapped oil in the Lower Zubair sand (Z10). Other prolific oil reservoirs in the Raudhatain field are water wet with residual oil saturation in the Sabiriyah field. The mechanism for the formation of tar plugs in the Raudhatain field has illustrated the importance of leaking faults.
The Raudhatain field has been produced for the last six decades. The initial phase of depletion continued until 2000. Subsequently, peripheral water injection began into different zones of the reservoir. The injection plan is based on the reservoir geometry and sandbody continuity, pressure depletion, and the production plan. Well design and type have evolved over time with higher well diameters drilled after effective control of the lost circulation zone in the overlying Shuaiba limestones. The current development plan includes drilling horizontal wells for effective depletion of the reservoir. Production in the Sabiriyah field started in 2008, mainly from thin shoreface, mouthbar, and channel sandbodies at the Zubair base in the southern part of the field.

The Lower Cretaceous (Barremian–Aptian) Main Pay Member of the Zubair Formation is the main producing reservoir in the supergiant Rumaila oil field in southeast Iraq, one of the world’s largest oil fields. While the field has been on production for approximately 60 years, significant resources remain. Key to their economic development is an improved understanding of the geological controls on reservoir performance and how this impacts reservoir management decisions. This has been achieved through an integrated study of numerous static and dynamic datasets.
The Zubair Formation was deposited by fluvial-dominated, tide-influenced deltas during a period of enhanced sediment supply from the hinterland. High sediment supply and low accommodation space led to very high net to gross deposits on the alluvial plain and into the proximal delta front. Nevertheless, several scales of geological heterogeneity exist, each exerting a strong control on reservoir performance.
At the coarsest scale, the reservoir is layered, with layers defined by mudstones deposited above widespread flooding surfaces. These mudstones cause multiple moved oil–water contacts and hold back significant pressure. Their identification and correlation enables the development of a perforation strategy where each reservoir flow unit is completed separately, avoiding cross-flow and lost production.
Between the flooding mudstones, an array of paralic depositional elements was deposited as the delta system repeatedly advanced and retreated. The type, geometry, and connectivity of these depositional elements define the reservoir architecture, which controls large-scale sweep efficiency and the habitat of remaining hydrocarbons. An improved understanding of these elements and their control on sweep has facilitated a successful infill drilling campaign.
Finally, many of the reservoir sandstone types contain numerous fine-scale geological heterogeneities, which exert a control on small-scale sweep efficiency. An improved understanding at this detailed level is important for determining the expected recovery factors and future water-handling capacity requirements.

To find out more information about AAPG Memoir 116: Siliclastic Reservoirs of the Arabian Plate please click the link below.